So who actually has a Renewable Energy project in the WA Mining sector? 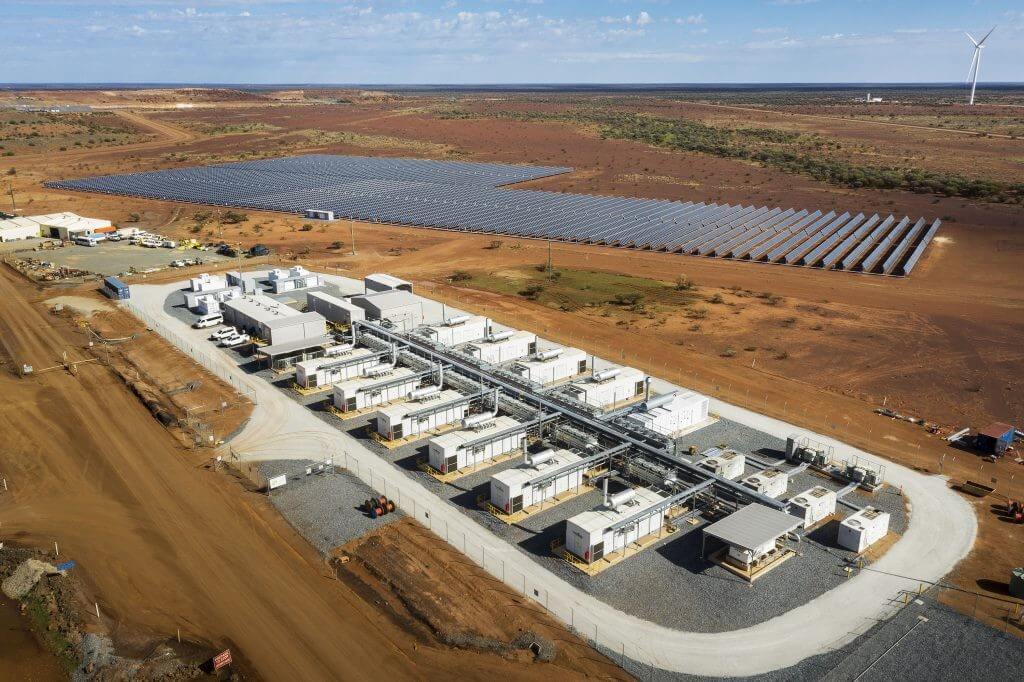 Historically the penetration of Renewable Energy (RE) in the mining sector started with Solar PV panels and battery systems replacing diesel generators at Communication & Lighting Towers and Bore Pumps. This was due largely to the operating costs required to service and maintain infrastructure in very remote locations. However, in more recent years we have seen an exponential interest in Hybrid Power Systems to help power mine sites.

Mine operators with large electricity demands and a long life have reviewed the capital investment required to extend electrical or gas pipeline infrastructure. The remoteness of each project and uncertainty surrounding commodity prices etc. has favoured the lowest capital cost option for installing off-grid electrical generation infrastructure. Off-grid electricity assets are typically procured through Independent Power Providers (IPPs) on a 5+ year contract. Typical IPPs include Agrekko, Zenith Energy, etc. IPP procurement helps alleviate capital constraints and shifts electricity off the balance sheet, however, the mine remains exposed to fuel price (80+% of the total electricity cost).

According to Dermot Costello, regional advisor at the CleanEnergyCouncil, “IPPs are coming in with fundamentally low costs of electricity, which happens to be from green sources. It’s not the miners who are mandating the IPPs to integrate renewables, it’s the IPPs themselves that have been very forward-thinking in this space”.

For miners, procuring renewable energy, it makes good financial sense, and the benefits of carbon emissions reduction is a complimentary bonus. Vincent Algar, Managing Director at Australian Vanadium Limited refers to it as, “a very helpful side effect”.

Now, the Australian mining industry has suddenly discovered that there is a cheaper, cleaner and smarter way to power their operations, and the sector is now emerging as the unlikely hero of the next boom in renewables investment.

Stephen Hanson, the Chief Operating Officer of Juwi, has estimated the global mining industry consumes ~400TWh of electricity a year. Yet, at the moment, just 0.1 per cent of that supply comes from wind and solar.

Yes, we are on the road to begin this transition, however, amongst all the noise or huff and buff we see in the media, a lower-carbon future remains sporadic, and its success still remains up for debate. There are less than a dozen RE projects supporting production in WA mines.

According to the Rocky Mountain Institute’s Renewable Resources at Mines tracker shows the level of renewables commissioned for mines fell drastically in 2019, to less than a third of the amount seen in 2018.

We as an industry understand that such factors as access to available networks, network capacity & stability, and social conscious from market participants are forcing the mining sector to seriously TALK about RE. However, is RE the accidental hero as the mining industry look to drive down costs?

While Western Australia’s mining sector has long been a vital part of the country’s economy, the environmental damage caused by large-scale mining has threatened the sector’s future. We have seen recently that the Tier 1 Miners, Rio, BHP and FMG are all talking about implementing RE, however, who has actually implemented a project that is up and running in the WA mining sector?

Below is a list of the know hybrid power projects currently in operation in Western Australia.

While there has been some recent interest from some of the smaller player (Strandline resources, Oz Minerals, Element 25, Red 5, Northern Minerals etc) and the Tier 1s (Rio, BHP, FMG, etc) to move to lower costs and lower emission power generation, we wait and hope that all the huff and puff actually eventuates or do we need a carbon tax to kick start the full rollout of RE power generation at WA mine sites…… I guess time will tell.

To find out how Super Smart Energy can help your business, contact us today.